I have often written about this. You should refer to the post A Hiking Food Compendium but here are a few we have been gnawing on lately. I long ago suggested you should just buy from the supermarket instead of the expensive (and largely inedible) specialist hiking meals from camping shops which even our dogs won’t eat!

You should also try out some of my own recipes put together from dry (supermarket) ingredients – particularly the dahl soups. I have also suggested before you should ‘mix and match’. Some of the (eg Contintental) dehydrated meal packs (rice, pasta etc) are a bit bland, but can be ‘spiced up’ a bit by adding some ingredients eg sachets of tuna, or salami and cheese, etc – and by adding actual spices eg simple curry powder to make them more appetising. I always carry a small snap-lock bag with some curry powder – likewise some salt and pepper similarly.

Here are some ‘for examples’ we have been eating on recent trips. None of them uses any more than approximately 20 mls of alcohol (meths) to cook (& simmer). I also think this is important. Of course they use no (weight of) fuel at all if you use a simple (DIY) twig stove like my Ultralight Titanium Hobo Stove which weighs around 20 grams and costs around $5 and ten minutes (max) to make.

This one is made from a tin can – even cheaper. See A Hobo’s Breakfast 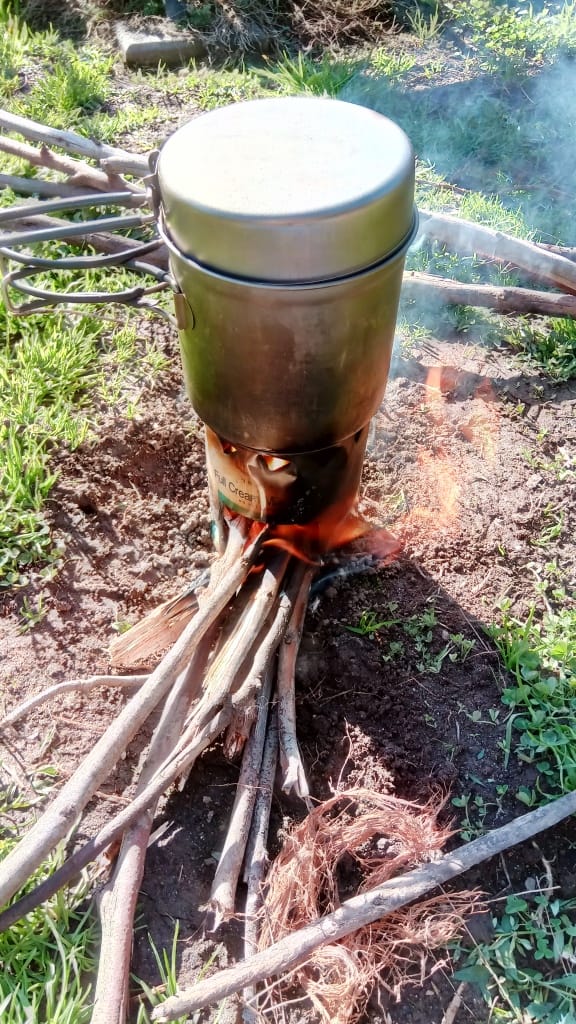 (Maggi) Two Minute Noodles (or the like) are great but they are pretty bland. I sometimes use the (eg chicken) flavoured sachet as an ultralight warming ‘cup-a-soup’ since I rarely use the flavour sachets anyway. Instead I add something else to the noodles for flavour. I have suggested before adding a Continental Lakhsa Flavoured Cup-a-Soup to them which certainly improves them but doesn’t give them much ‘body’ or add much nutrition.

You may have noticed that a number of brands have cans of beans + tuna + various flavours. Some of these make quite a tasty lunch in themselves but they are rather heavy (being wet, and because of the can. A couple of brands (eg John West: Tuna with Roasted Capsicum & Three Bean Mix) have sachets of beans and tuna.

Their 220 gram sachet (1390 Kj) goes well with a single 72 gram pack of two minute noodles (330 Kj) = 1720 Kj total or roughly 430 calories for a carry weight of 292 grams. It would stretch over two packs of two minute noodles for a meal for both Della and me but we are not big eaters on the trail. We would have had some ‘nibbles’ beforehand (jerky/nuts) and maybe a Whittakers Almond Gold (Chocolate) Slab for dessert – as they do not melt so much as other chocolates -and are very good value/size maybe washed down with a hot chocolate (or some liqueur in Della’s case).

The Carbonara or 4 Cheeses Flavoured Pasta meals (eg Continental/San Remo etc) go very well with the addition of 2-3 spoonfuls of powdered milk and .5-1 oz each of diced salami and cheese. This simple addition really ‘beefs’ it up into something downright appetising. I always carry some salami/cheese and Vitawheat biscuits anyway for lunches on the trail likewise powdered milk for my porridge/muesli breakfasts. The San Remo still comes in an 80 gram (single serve) The Continental one I can only find now in a serve for two.

I like the Aynsley Harriott Spice Sensation Cous Cous with a handful Ocean Spray ‘Craisins’ or dried cranberries (the 50% less sugar variety for me, otherwise they are too sweet). This is definitely the simplest (to cook) trail meal requiring only the addition of less than a cup of boiled water and a slight wait. It is defintely a single serve. Big eaters might not find it enough, but I do. 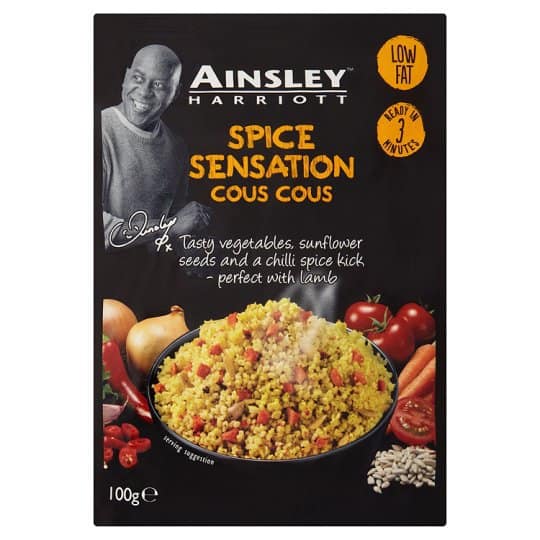 I also like the Continental Roast Chicken & Leek (Gourmet) Risotto with a sachet of chili tuna such as Woolworths brand Tikka Masala Tuna. The extra protein (and a bit of ‘bite’ from the chili) really improves this meal. One 115 gram pack and one sachet of tuna is usually enough for both Della and me for a meal