This is an update to my posts about a DIY Tent Stove and Ultralight Chimney. When you roll up the (eg .1 mm) stainless steel or titanium foil to make a chimney (which will otherwise fit in your billy – when it is rolled the other way) you need rings to hold the chimney shape so it doesn’t spring back flat.

I made my first set out of strips of foil which I joined with a pop rivet. This works, and they can be trimmed so that they don’t cut your fingers (so much), but I suggested at the time this alternative: making them out of stainless steel (or titanium) wire joined with swages/ferrules/crimps.

You can source double-barrel (fishing) crimps. The ones I found at Amazon were single barrel, and in the photo I have only crimped once in the middle, though two crimps would be more secure. This method has certainly reduced the weight of the rings, made them so they will not cut your fingers and easier to fit in your billy.

This method has also brought the weight of the bands down from around 2 grams each to (as you can see) .59 grams). This is for a 40 mm diameter ring. I will be making my rings/chimney 35 mm (so that rolled up it will fit in my 5″ high billy) so they will be slightly lighter than that – probably around .54 grams each. I need around 20 of then – so around 11 grams for the rings.

As I also mentioned earlier, my chimney will be able to be shorter now – as the top of the stove is higher off the ground, and my tent height is only a little over 5′ so that a 5′ high chimney will suffice. 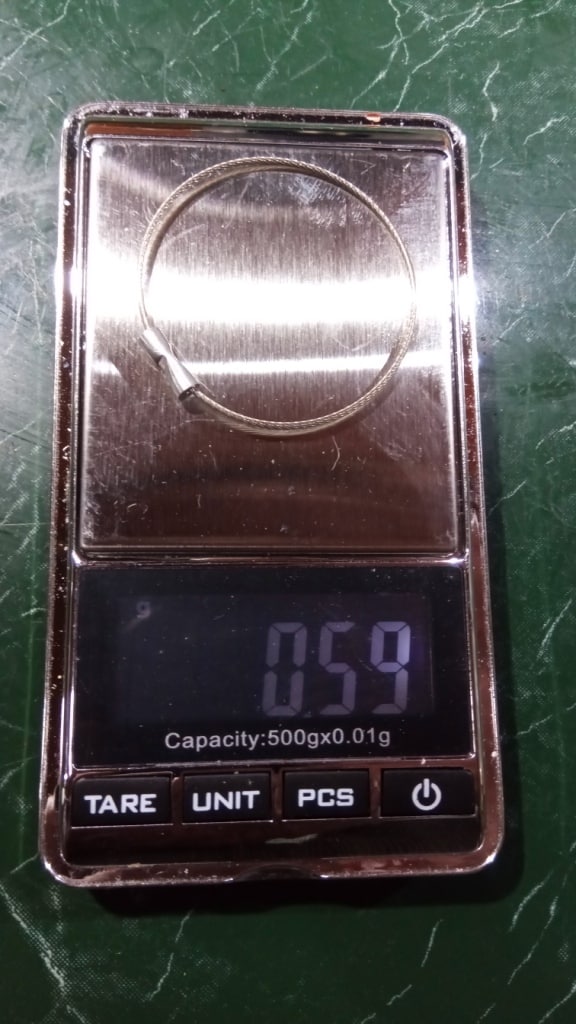 This is what it looks like on the chimney. 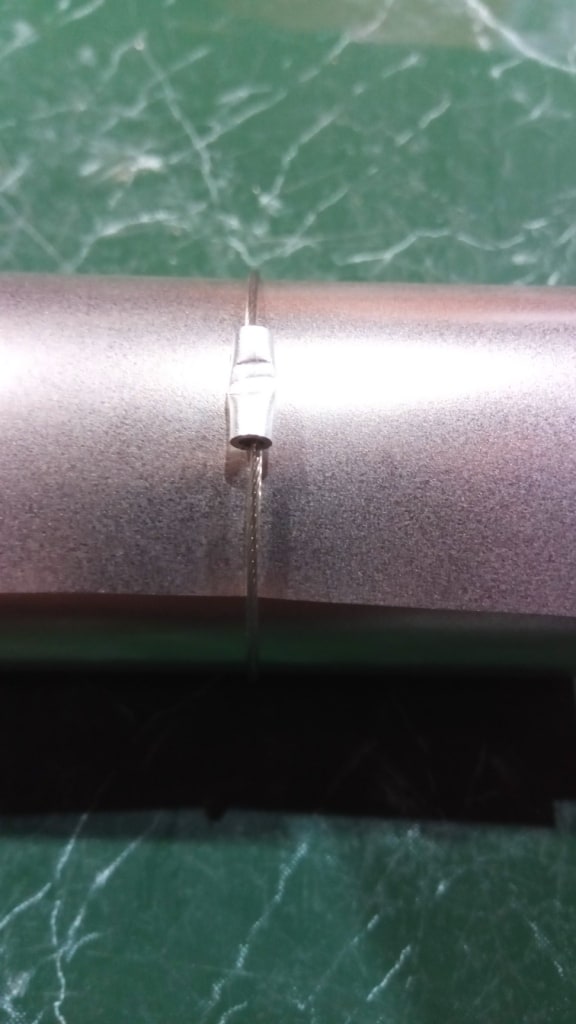 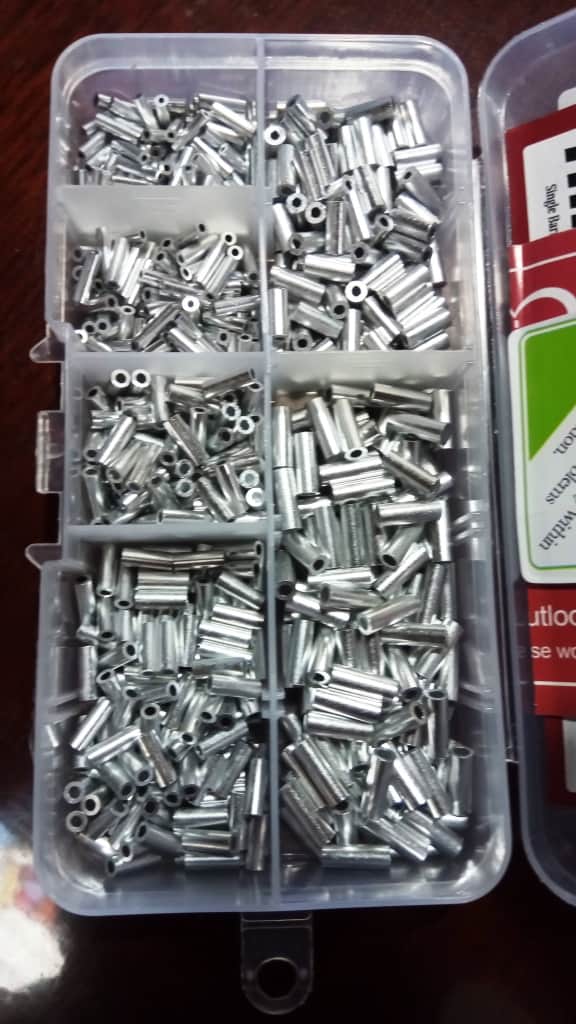 And some stainless steel fishing leader. 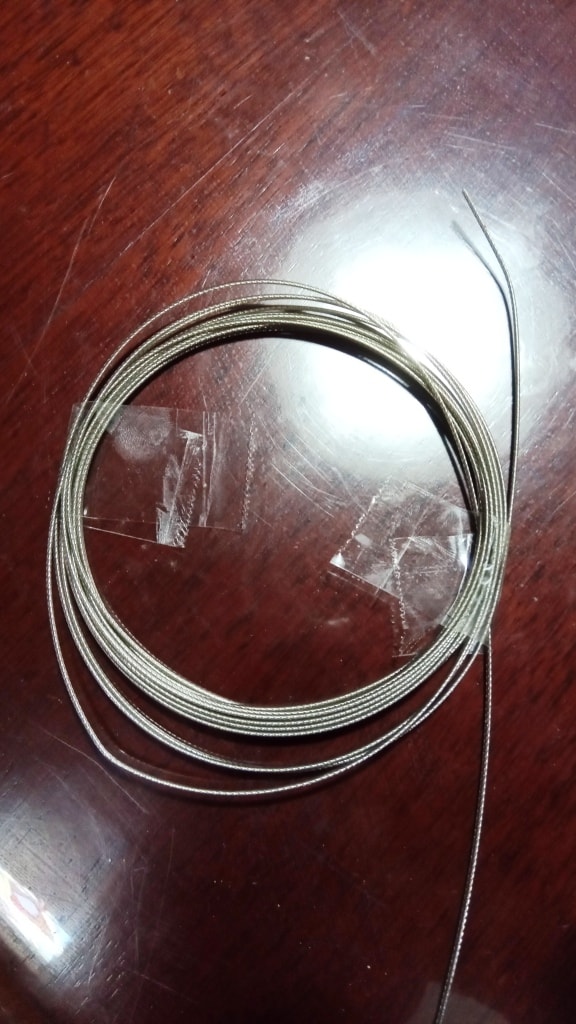 I received some lighter SS leader from Amazon as shown. 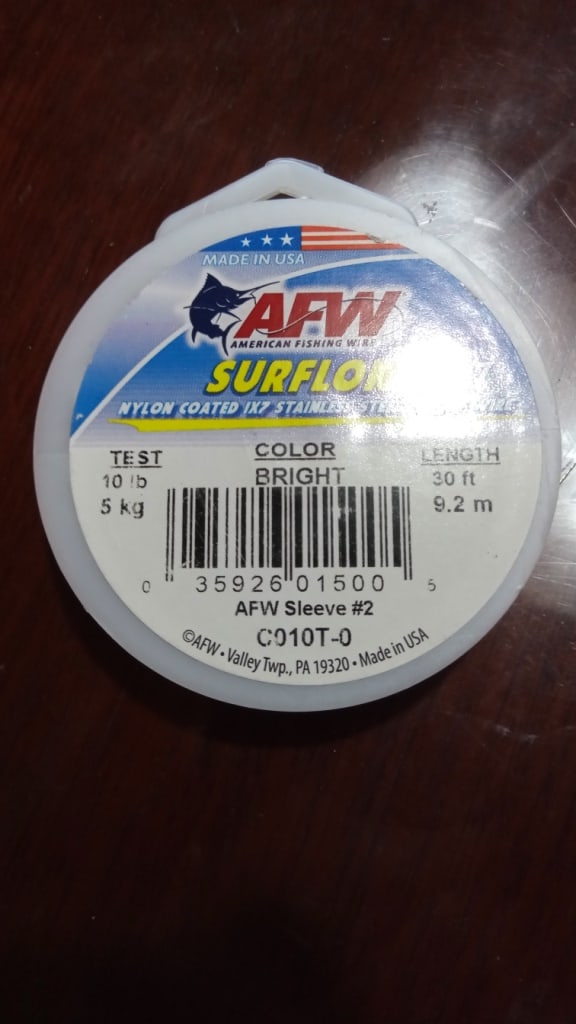 Now the ring weighs less than a tenth of a gram! Twenty of them will weigh less than 2 grams. 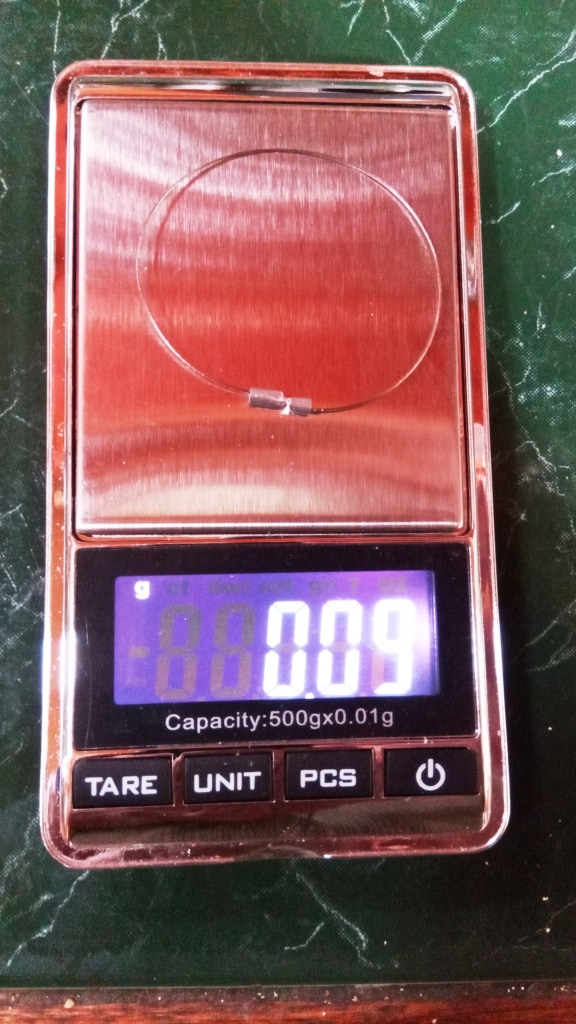 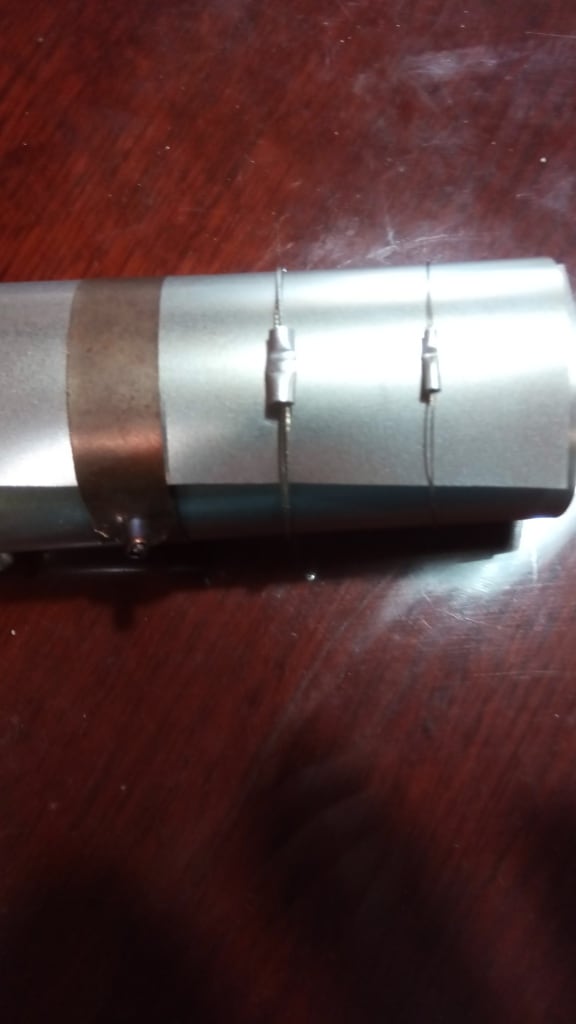 he total stove weight will now be less than 300 grams and will take up practically zero space either the billy will fit into it or it will fit into the billy – a bit of both actually.

PS: I have also worked out a new way to make the flame guide so that it will not only be more air-tight but also roll up and fit inside my billy too. More about that later when I have made one.